CH Foxcroft I-Mar Sharper Image x CH/MACH2 I-Mar's Stolen Reflection, MXC, MJC, MXP2, MJPB
Brianna's Registered Name is: CH/MACH5/PACH Heathwood's Finer Image, MXB2, MJS2, MXP2,MJPB, VCX
“Brianna” is from Moriah’s first litter. She is my first "bred by" Breed & MACH Champion. She is Pinelands Shelties third Double Champion VCX! We co-own "Brianna" with close friend, Catherine Berry. Cathy is her main owner and trainer. Glen and I will be forever grateful for the amazing job Cathy has done with Brianna. She has handled Brianna all the way to MACH5 and continues to add Championship Titles with her recent PACH! She and Brianna have competed in two AKC National Agility Championships.

Cathy and I together handled Brianna to her Breed Championship.

Brianna has distinguished herself further by earning a herding title that made her a Champion Versatility Excellent!

Brianna signifies everything a sheltie should be, beautiful, athletic, with tons of drive 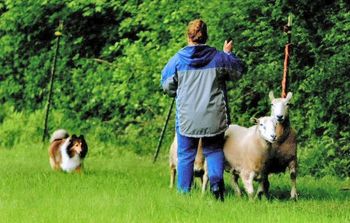 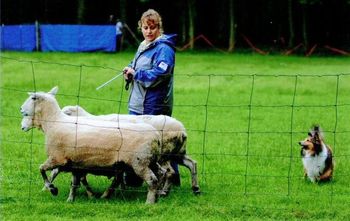 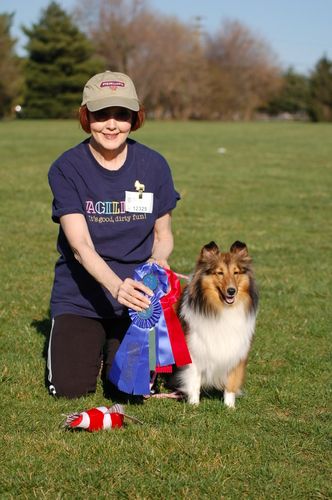 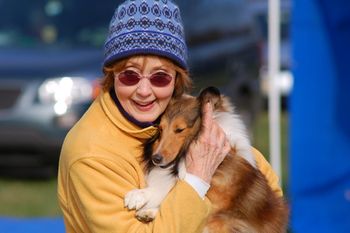 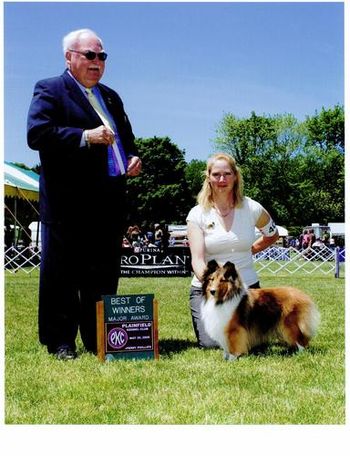 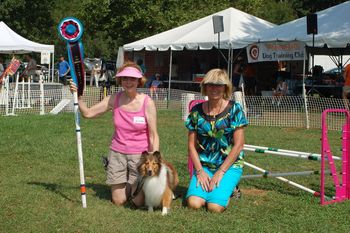 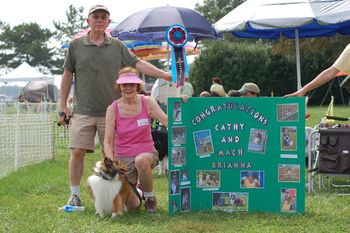 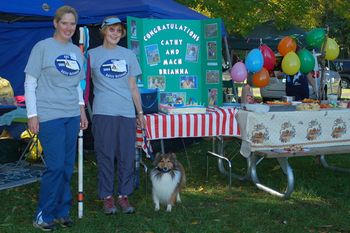 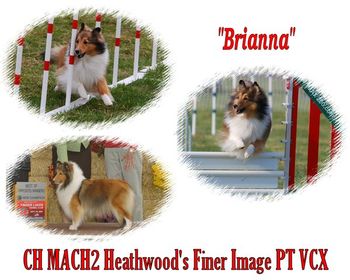 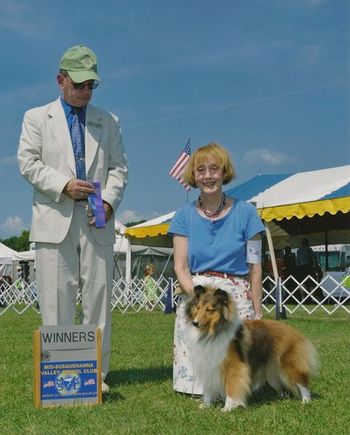 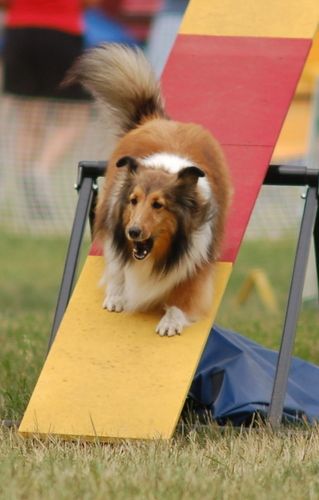 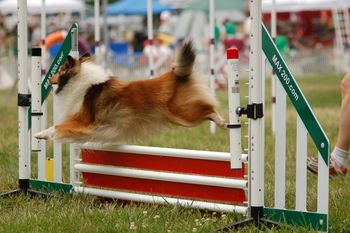 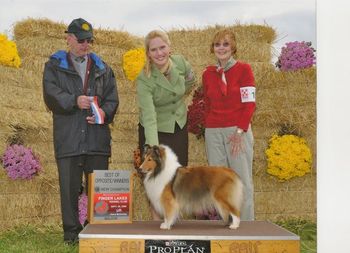 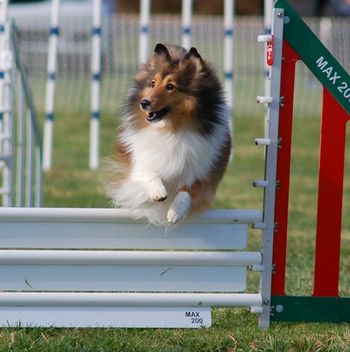 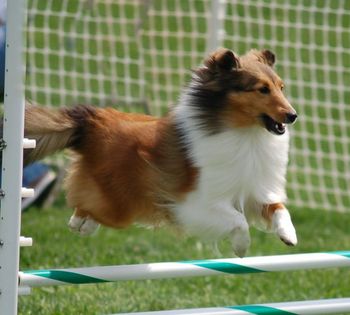 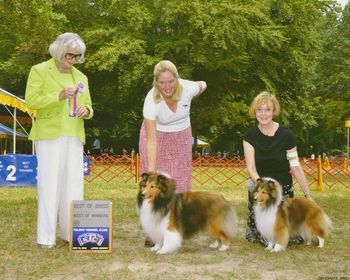 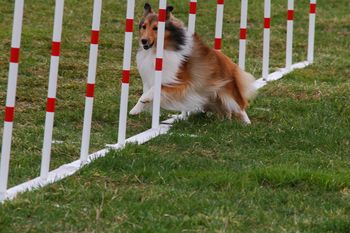