Fred's Registered name is: CH Pinelands Trivia Right Said Fred, MX, MXJ
Sire: CH/MACH4 Foxcroft I-Mar Pinelands Ranger, HSAs, MXC, MJC2, XF, VCX (Linus)
Dam: MACH7 ADCH Trivia's Forever Your Girl, MXC, MJG (Radiance)
Glen and I were thinking about looking for his next agility partner when Patti Gagnon approached us about using "Linus" for her bitch "Radiance". I knew of Patti and Radiance's Dam "Sparkle" from World Team Tryouts, "Sparkle" had been our National Agility 12" Champion in 2011 and Multi time AKC top all breed. Sparkle also went back to the same line as our Linus. This breeding was going to be a super match for Agility dogs and possibly conformation as well since this was technically a loose line breeding.
I asked Patti if she would consider a puppy back as part of the our stud fee agreement. She agreed and we added Fred to our Sheltie family.
Agility:
Fred and Glen are tearing up the turf together! Thank god Glen can run because Fred is Fast!
Herding:
He shows the instinct we need to be another future Versatility dog.
Conformation Update:
Fred finished his breed Championship at a little over two years of age in the fall of 2015. He won back to back Majors in Upper State New York at the very competitive Wine Country Circuit. He is the first breed Champion for his breeder, Patti Gagnon and I was happy to be able to make that come true for her.
Conformation:
In the fall of 2013, we decided to entered Fred in his first breed show in Upper State New York at the Wine Country Circuit. We were going there hoping to finish Fred's half brother "Beau". We entered Fred in the 6 to 9 months puppy class. On Saturday, Fred's older brother "Beau" won a 4 Point Major to finish his breed championship and Fred went reserve! Below are some pictures of his debut where he won a 4 Point Major Reserve from the puppy class. Fred finished his breed Championship at the same show winning. Back to back Majors two years later.
Background:
Fred has an excellent temperament. Very confident and very people friendly. He is OFA Prelim Excellent, Permanant OFA was Good. Eye Cerf Clear, VWD Clear by parentage, MDR-1 Normal Normal by parentage and full correct dentition.He is proven with
Three litters on the ground. 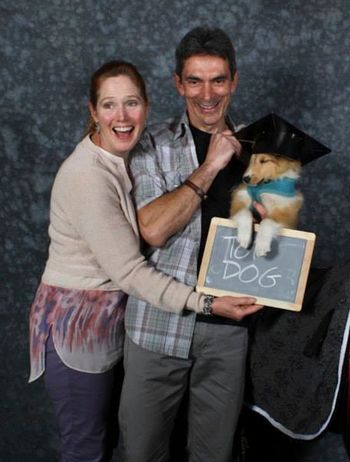 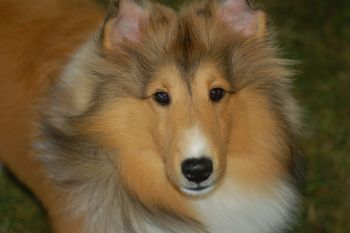 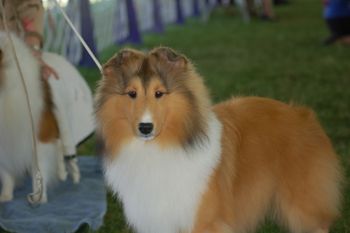 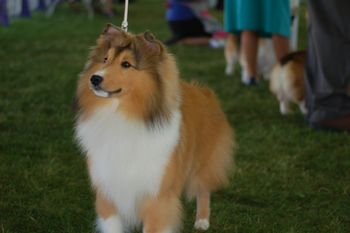 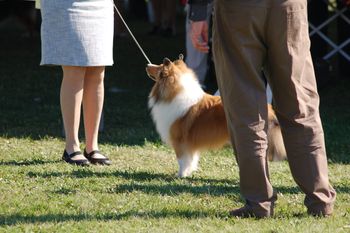 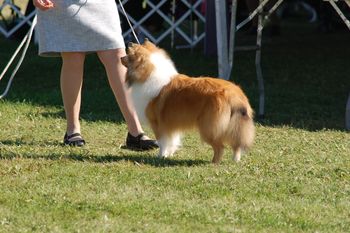 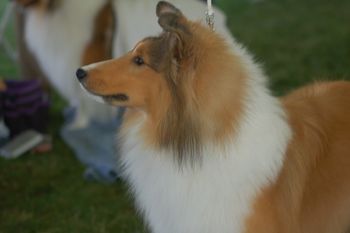 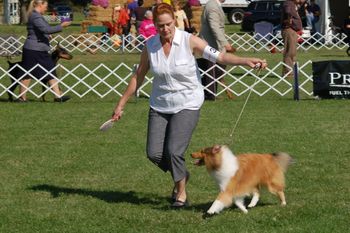 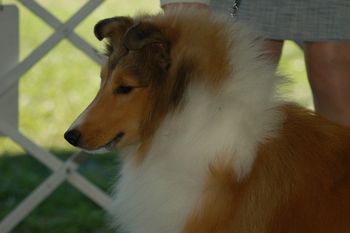 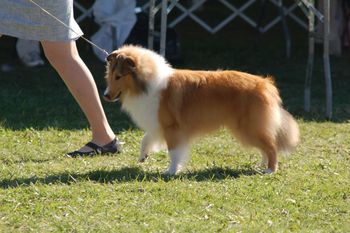 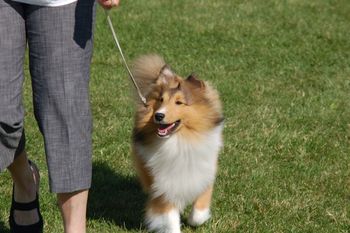 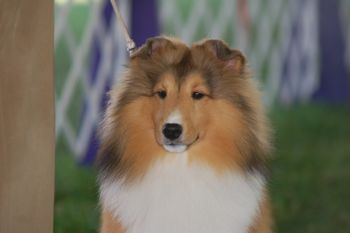 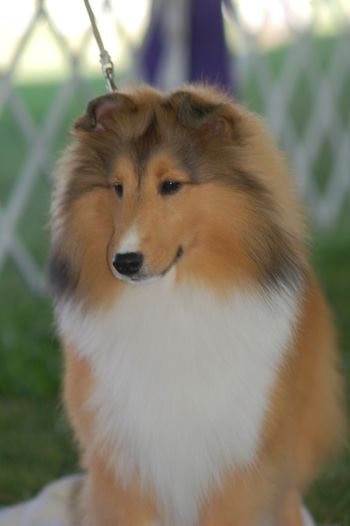 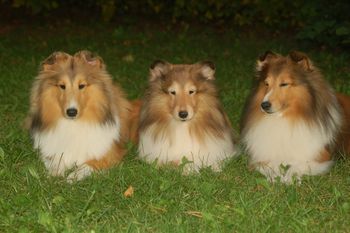 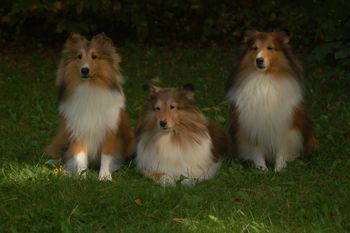 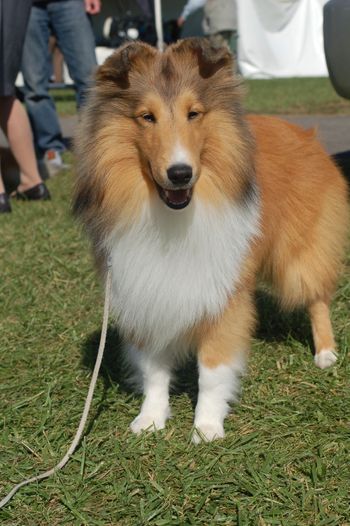 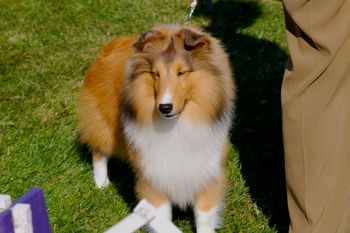 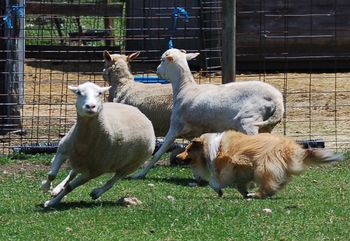 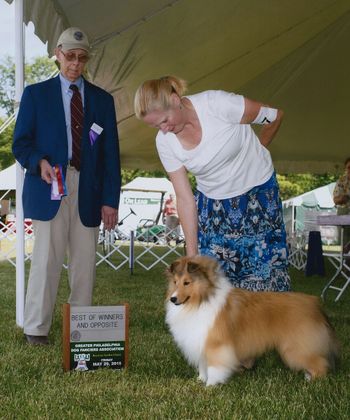 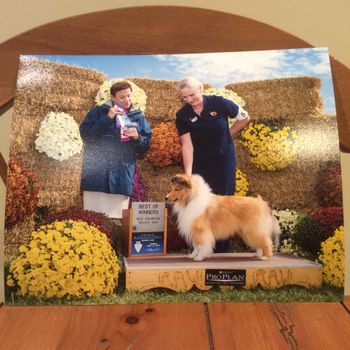 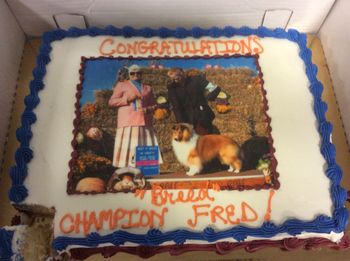 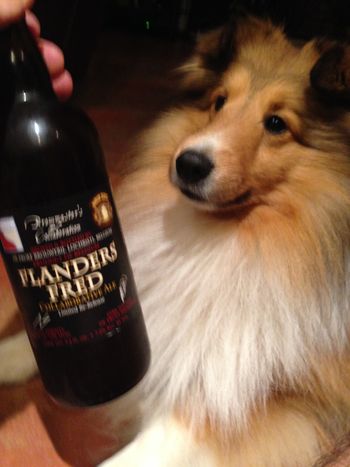 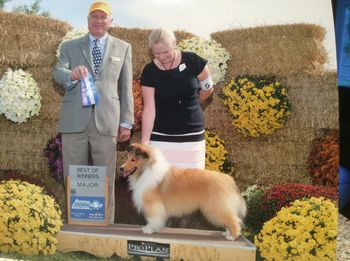