This page is dedicateted to the puppies listed above born from Linus and Neala in 2008. Mary Alice Enright, Neala's owner and I were very excited about this breeding. Both parents having impressive backgrounds in comformation and performance and a long list of excited potential owners waiting for their new agility team mates to be born! Five puppies were born in December on a cold night, two Girls, three boys.
Four were born strong and healthy and one boy born, small, blue and not breathing. Thanks to our friend Phyllis who performed CPR and a little help from Dopram we got this little guy gasping and then breathing. Mary Alice kept him alive the first night by staying up, keeping him warm and giving him drops of pedialite. In the morning thanks to Mary Alice he was still alive! He was still too weak to nurse and only weighed 3 ounces. We made a tough decision to separate him from the litter and tube feed him around the clock to see if he could be saved. So I milked some colostrum from Neala and tube fed him his first meal.
"Kai"  later named by his new owner, Diane Harrington lived in a heated playmate coolor on my counter top for about a week. His faux litter mate was a silky black stuffed poodle. He made it through thanks to the help, advice and attention of our vet friend Gloria who stopped by my house often to supervise tube feeding to make sure he received the proper doses of goats milk to survive, thrive and grow. After about two weeks he was able to be reunited full time with his mommy and litter mates.
My personal thanks to all the owners who have traveled down the long road of dedication it takes to put all those titles on these special dogs. They have invested greatly their love, time and money. Mary Alice and I thank you from the bottom of our hearts for making this litter collectively so impressive!
Enjoy our Photo Gallery of these great dogs...

Enjoy our Photo Gallery of this Litter 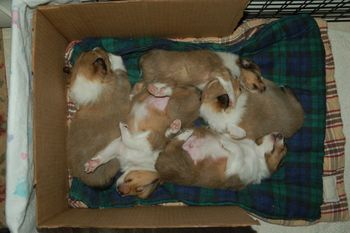 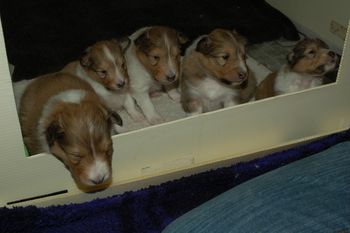 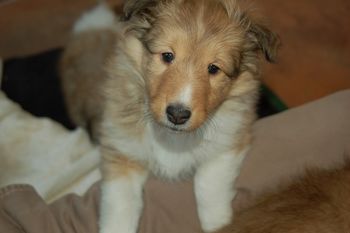 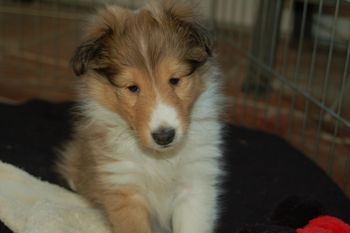 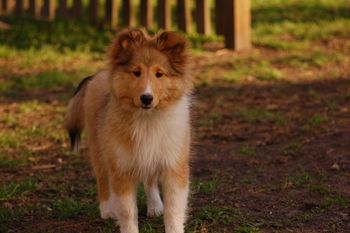 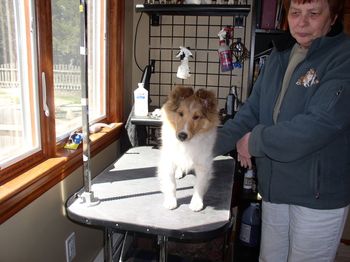 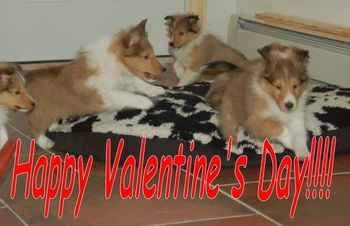 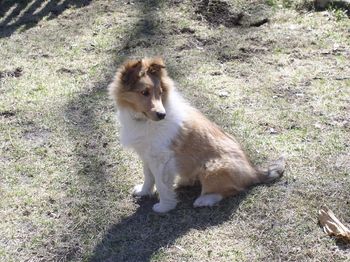 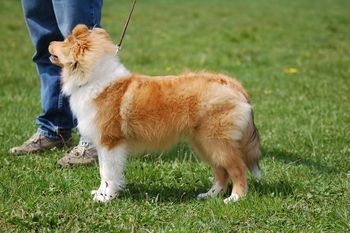 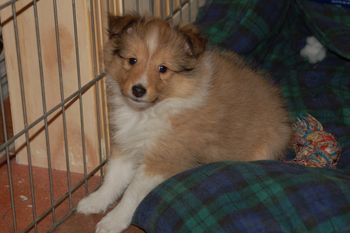 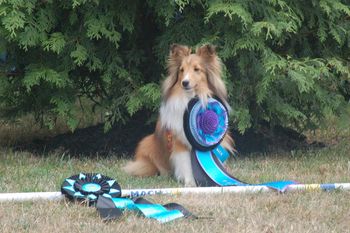 Spring sporting her new MACH Ribbon, looks bigger than her! 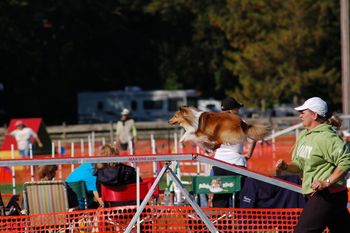 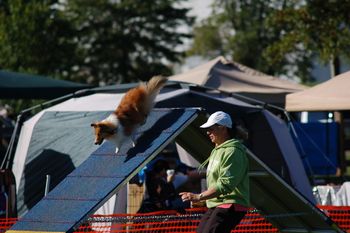 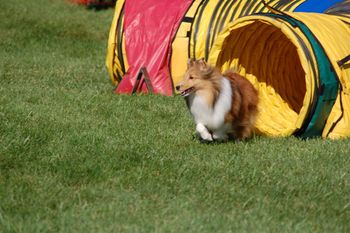 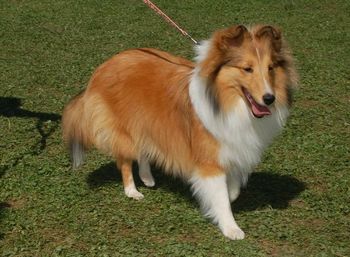 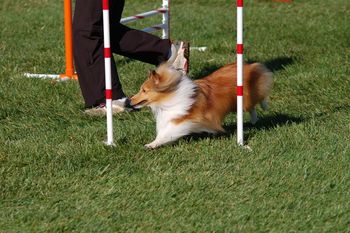 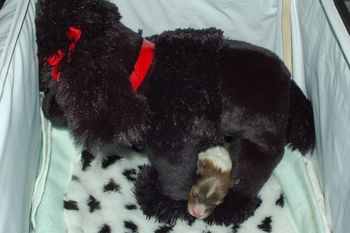 Kai, I called him my cooler boy! 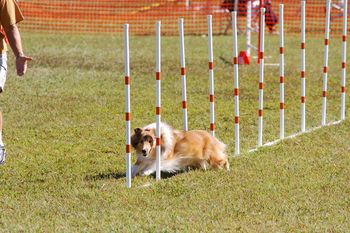 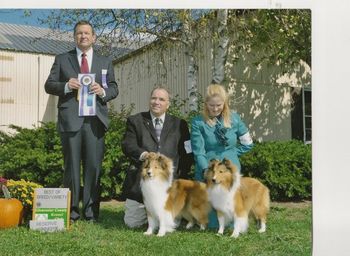 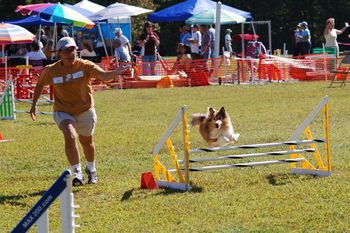 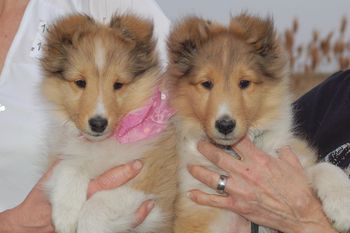 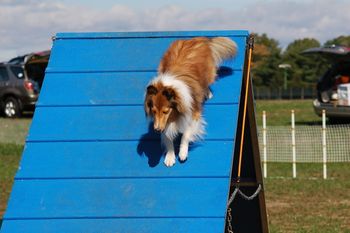 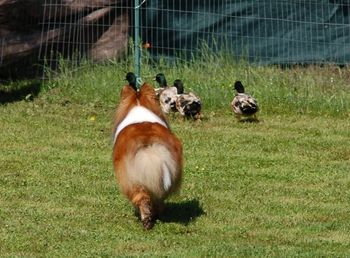 Gunner getting his ducks in a row! 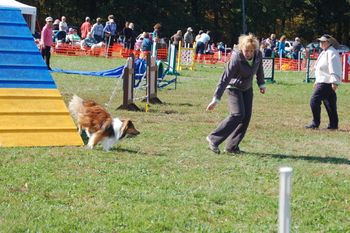 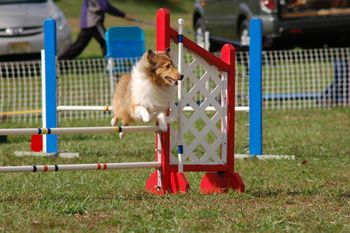 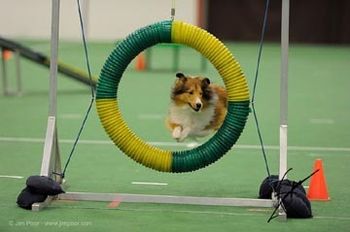