Neala's Registered Name is: CH/MACH Airborne's Maiden Flight, PT, VCX
Neala is Double Champion VCX number 6th for us. Neala was bred by MaryAlice Enright of Airborne Shelties. Her road to becoming a Double Champion VCX was a joint effort between me and Mary Alice.
Soon after Neala's first litter bred to Linus I started working on her MACH. Mary Alice worked on her Breed Championship.
Mary Alice signed me on as a co-owner of Neala as a thank you for training and handling her to the MACH.
Neala proved to be a great conformation dog having several group placements including a Group One to her credit. She is close to her Grand Championship which Mary Alice hopes to finish as soon as her coat comes back from her last litter.
Neala was also a great agility partner, completing her MACH in less than a year.
Neala has been a valuable asset to Pinelands Shelties breeding program by producing two nice out crossed litters for Airborne/ Pinelands Shelties.
Mary Alice and I co-own a very promising young lady named "Rosie" from Neala's litter bred to Beau. Should hopefully prove to be another great joint effort as we hope to make Rosie a fourth generation Double Champion VCX. Stay Tuned! 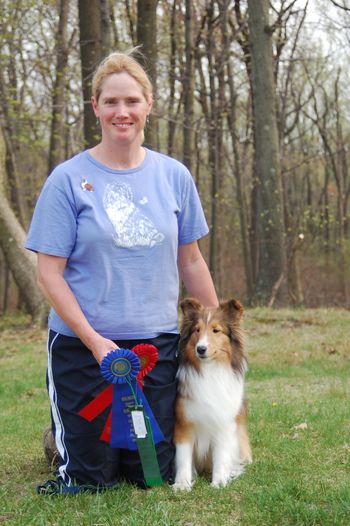 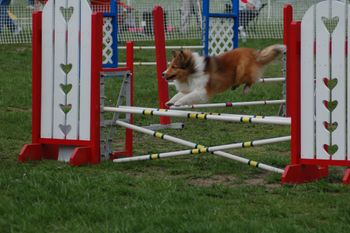 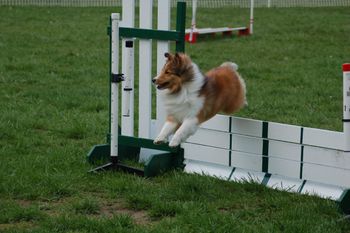 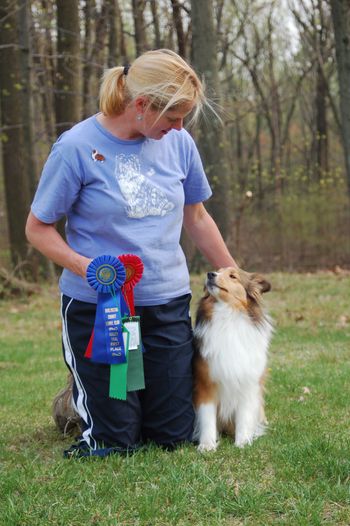 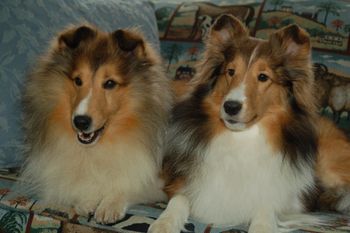 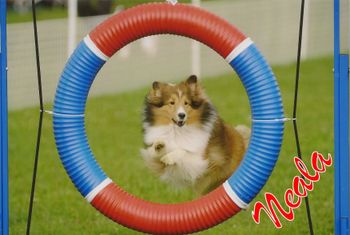 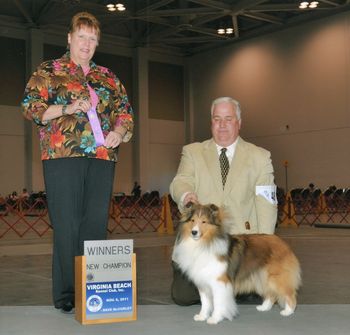 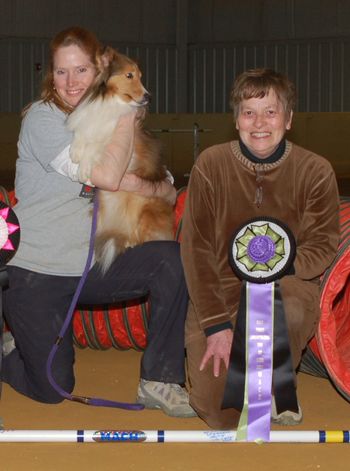 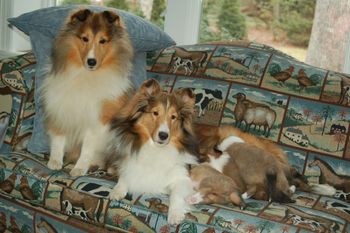 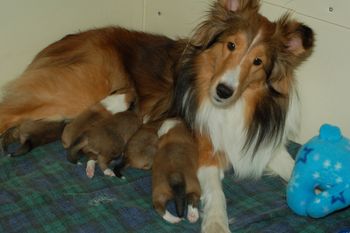 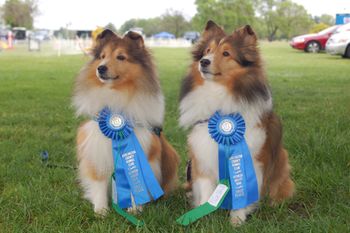